2018: 100 years of innovation in the manufacture of closures for EVOO, liqueurs, wines and spirits

Home > News  > 2018: 100 years of innovation in the manufacture of closures for EVOO, liqueurs, wines and spirits 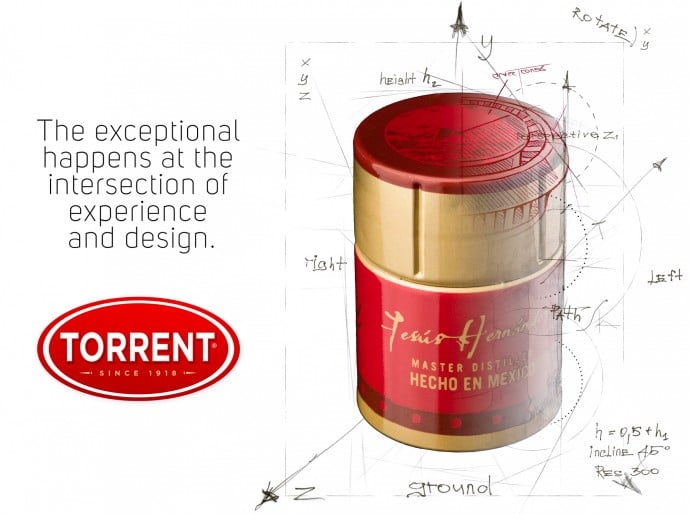 12 Jan 2018: 100 years of innovation in the manufacture of closures for EVOO, liqueurs, wines and spirits

2018 means very important celebration for Torrent Group staff: a family business that was founded in 1918 to offer stopper solutions to the wine industry in Jerez-El Puerto, the company’s birthplace. 100 years later, it has managed to conquer up to four continents and become the first world manufacturer for virgin olive oil stoppers, the second for non-refillable and safety closures and an international leader in screw caps for still and fortified wines.

First centenary as a world manufacturer of closures

100 years of industrial activity  is not an easy task and getting this far is the result of the ongoing efforts of those who day by day make Torrent Group great through innovation and the desire to grow and continue to reach new customers, here and beyond our original borders.
In our first stage, from the 1920s to the 1970s, our work focused on the production of both cylindrical and conical cork stoppers. That is how we met the needs of our customers at the time from the thriving wine sector in the Jerez and El Puerto de Santa María areas, in Cádiz. Later, we produced the first and innovative cork stopper model, developing the large barstopper, which represented an important innovation in the market by introducing a new cap model that was easier for the consumer to open without the need for accessories: hands only. Our innovations went beyond functionality, and at that time we improved the production process. On the one hand, this allowed the customization of that cap at the request of the customers. On the other, we developed protective measures treated with paraffin and attached with hot glue, reaching new standards of food safety.

It was in the 1970s when Torrent improved its range once again, offering its customers another product alternative. This time, aluminium became the focus for renewing the stopper solutions. The company was part of a total revolution that caused a highly positive change in the closure sector. The Torrent Group incorporated and developed all the necessary technology to offer its customers the aluminium screw cap.
Easy opening and closing, an improved seal, competitive price and many decorative options were decisive advantages offered to many customers. In that decade, the first non-refillable valve was developed. Combined with an aluminium cap, it offered the maximum anti-counterfeit safety available on the market.

100 years as a world manufacturer of closures, thanks to the constant processes of innovation

Plastic and aluminium joined forces to form a competitive alliance that has endured until now. In the last twenty years of the 20th century, Torrent underwent technological modernisation, developed new models and obtained different patents. It was the first company in the sector to use computer vision technology for its production lines in order to ensure the highest quality of its products.

It was with this investment in R+D+I that the Torrent Group entered the 21st century. Design, decoration, the development of more ecological and efficient processes, patents and launches of models that are revolutionary in terms of their innovation (V90, Sintra, Jaipur, Captor), the application of cost reduction, new protection systems to prevent counterfeiting: these factors define a professional operation based on continuous improvement and innovation that has been the key to becoming a leading company in the closures sector.

These 100 years of Torrent Group’s as a world manufacturer  history would not be complete if we did not count the territorial expansion that we have managed to achieve in the last year. The growth of Torrent group with as world manufacturer has led us to open branches and production plants in Kenya (Africa) and Jaipur (India) to meet the growing demand of our customers around the world. These new branches are added to those that Torrent Group has already implemented on 4 continents. In Spain, where Torrent activity is based, we have production plants in Jerez de la Frontera and El Puerto de Santa María, as well as a specific delegation for R+D+I, which is the key to the growth and expansion of this company that is already 100 years old. In America, we have commercial and distribution branches in Mexico and Colombia. In Asia, we are present in India and Russia in order to serve the important Asian market. And just before reaching our century, we landed on the African continent with the opening of a new production plant in Kenya.

We hope that this first centenary as a world manufacturer of closures is nothing more than the starting signal to continue growing based on the experience and know-how that has characterized this company since its inception.