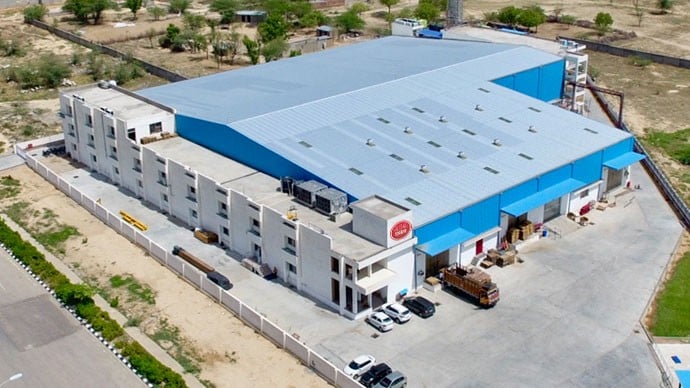 Torrent Group’s subsidiary in India, Alisha Torrent (ATC), has recently expanded its plant in India in the asian market. The expansion will enable production to be doubled and will directly employ some 150 people, according to the Torrent Group.

A thriving market that increasingly demands greater production with the added value provided by technology: these are the premises that have led to the expansion of the production plant of Alisha Torrent, a subsidiary of Torrent Group, in the Indian city of Jaipur.

September began for Torrent Group with the good news of the inauguration of the new extension in Jaipur, which took place at the beginning of August but will reach full capacity this month. This expansion has been necessary due to a greater demand for closures that comply with food safety standards in one of the most promising international economies, that of Asian market. Indeed, the Indian market is undergoing full expansion. Alisha Torrent has undertaken this expansion to give a swift, accurate and appropriate response to the needs of each of ATC’s customers in India.

According to Francisco Festa, CEO of Alisha Torrent, the new plant in Jaipur has enabled “the implementation of the most innovative techniques of production and quality control in a plant that incorporates the most advanced international standards.” With the extension, Alisha Torrent will directly employ “about one hundred and fifty people”.

The philosophy that Alisha Torrent is already working on and that will be put into operation through this expansion is lean manufacturing. This production model consists of optimizing times with precise organization of the workspace, tools and machines in order to avoid downtime. It focuses on a correct cleaning and elimination of waste and non-useful features to achieve a pleasant, efficient and highly productive workplace. Another priority is high occupational safety as a means of minimizing the potential staff accidents at the production plant.

The new plant in Jaipur “will allow us to double production in the future,” said Festa, adding that the closure models at this point of production will be “the high safety stoppers from our Nip and T200 series.”