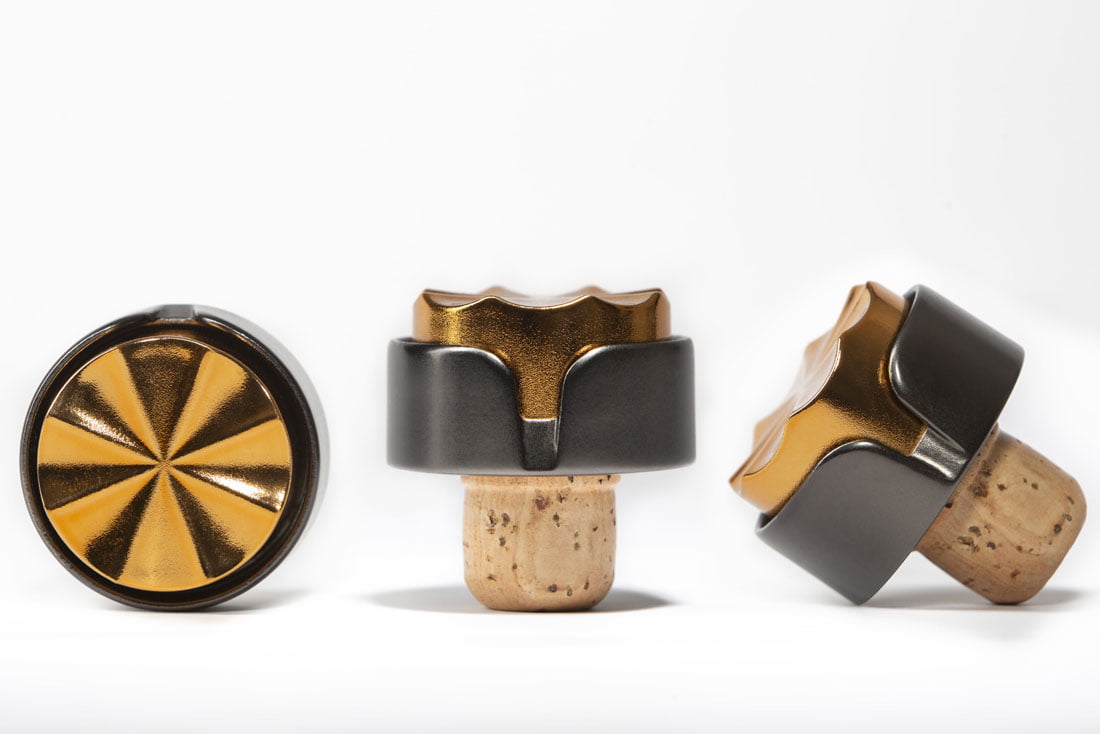 The Torrent Group has crowned the exclusive edition of the Osborne Group 130th Anniversary Carlos I Brandy with an exclusive closure solution.

The design of the closure and the bottle is the result of a contemporary reinterpretation of the armour worn by sixteenth-century knights. A metaphor that embodies a dazzling presentation for such a special Brandy.

The bottle’s design is notable for its straight and angular shapes in its body, neck and base, made in ABS and metallized in a graphite colour.

The bottle is crowned with a closure providing even greater elegance and exclusivity. The stopper has three parts. A Zamak component, attached to an ABS part metallized in a copper colour that represents a crown, joined to an excellent cork closure.

Osborne conjures up history through its 130th Anniversary Carlos I Brandy

At the end of the 19th century, a master winemaker found some mysterious boots in his old cellar in Jerez. Due to its world-beating flavour, he called it Carlos I, a tribute to the figure who succeeded in building one of the greatest empires ever known.

130 years after this event, Ignacio Lozano, Osborne Master Blender, has created 130th Anniversary Carlos I. A brandy made with meticulous craftsmanship and the finest traditions, with an average age of 20 years. A blend so special and exclusive that it brings together past and present perfection in each drop. A unique and unforgettable Jerez Brandy.

130th Anniversary Carlos I is an exclusive and limited edition: there are only 1,665 bottles throughout the world, numbered and personally signed by Ignacio Lozano. More than 40% have been reserved for the cellars of the great aficionados and collectors of Brandy and leading international markets, which are, in order of importance: Germany, Switzerland and China.